Michael Baskin is an architect, builder, and designer who is widely renowned for his refined sense of coastal style and ability to create harmony between indoor and outdoor space. He has built and designed homes and small hotels in Hawai’i, the Caribbean, California, and Thailand. A builder since 1987, his properties have been purchased by celebrities and featured in publications such as the New York Times, Travel + Leisure, Coastal Living, Men’s Journal, Sunset magazine, and more.

Growing up on the ocean and moving to Maui at an early age, Baskin developed tremendous passion for the preservation of historic coastal towns. In 2002, Baskin purchased a dilapidated lodging house in Paia and transformed it into the Paia Inn, which the Los Angeles Times described as an “upscale stylish haven”. The Inn’s design stayed true to the building’s original plantation-era charm while becoming a highly sought-after destination for sophisticated travelers. Along with his wife Sarah, daughter Bella and son Bond, Baskin continues to own and run the Paia Inn, which has consistently received rave reviews and been listed in the top three best hotels on Maui on TripAdvisor.

In addition, Baskin applies his elegant and modern design sense to both commercial and residential properties. He received an award from the Paia Main Street Association for “Best Interior and Exterior Renovation for Haiku and Paia” for the transformation of an old pineapple cannery into small town retail space. 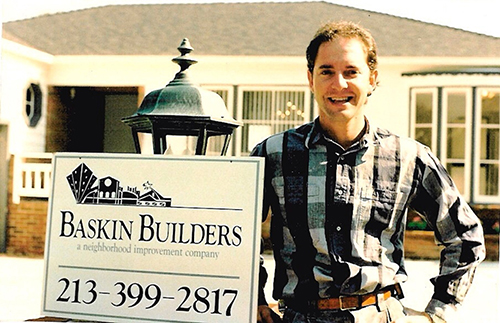 To learn more about Michael Baskin, read this interview in the Honolulu Star Advertiser.